Fine Arts and Food… Listen Up!!

This Friday, November 15, National Honor Society is sponsoring a blood drive.  Contact the school if you would like to donate!

Posted in Clubs | No Comments »

November 15th through November 25th
The “competition” will be between advisory classes. The class bringing in the most food by weight will be the winner of a holiday cookie party in December. Please encourage your students to contribute to help our community. All food will be taken to the Castle Rock food bank at the end of the food drive.

Change of Date for Concert

NOTICE!  Change of concert date.
All-District Patriotic Concert will be held on Thursday, November 14th, at 7:00 p.m. in the high school gymnasium. 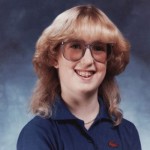 School picture retakes will be held during both lunches on Monday, Oct. 21st.  Students need to return their picture packets to Bell Studios if they are having retakes.  Picture order forms are available at the office.

Also, PSAT is scheduled for Wednesday, Oct. 16.  Cost is $14 and students should sign up ahead of time at the office with Mrs. Stagner.

Jostens will be here on Nov. 6th to speak to the Seniors about graduation orders.

Mark it on your calendar…